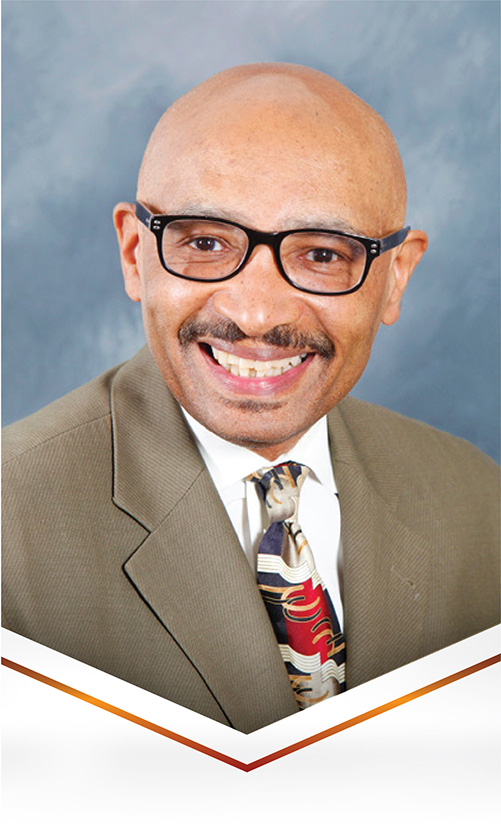 John E. Johnson, Jr. currently serves as the Executive Director for the Michigan Legislative Black Caucus, and a management consultant for the Legal Services Corporation in Washington, D.C. He is also engaged in the private, general practice of law in Detroit, Michigan.
Past positions include General Counsel and Executive Director for the Detroit Branch of the National Association for the Advancement of Colored People (NAACP); Corporation Counsel and Director of the Law Department for the City of Detroit; Deputy Executive Director of the Legal Aid & Defender Association in Detroit; Deputy Director for Wayne County (Michigan) Neighborhood Legal Services; Staff Attorney for the National Consumer Law Center (NCLC); and Managing Attorney for the UAW Legal Services Plans.

Active in religious, civic and community affairs, Johnson currently serves as Chairman of the Trustee Board for Fellowship Chapel UCC; the 1st Vice President for the Detroit Branch NAACP; chair of the Political Education Committee for the Michigan State Conference NAACP; executive vice president of the 14th Congressional District Democratic Party Organization; and a member of the Fannie Lou Hamer Political Action Committee Executive Board.

Johnson is the past vice-chairperson of the City of Detroit Charter Revision Commission; past chairman of the Wayne County Economic Development Corporation and Wayne County Brownfield Redevelopment Authority; past president of both the Michigan Coalition for Human Rights and the Wolverine Bar Association (one of Michigan’s largest African American bar associations); and former member of the Detroit Election Commission and State Bar of Michigan Character and Fitness Committee.

Johnson received a Bachelor of Arts from Howard University, and a Juris Doctorate from Valparaiso University. He has been a member of the State Bar of Michigan for more than 38 years. He has also been married for more than 30 years to Detroit 36th District Court Judge Izetta F. Bright. They have two adult daughters.

Position: Chairman of The Board of Trustees