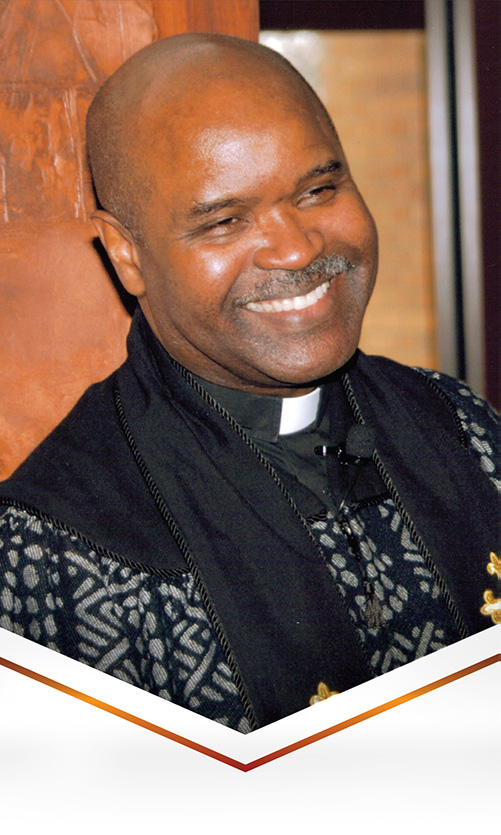 A native of Detroit, Michigan; Rev. Maynard M. Golden grew up in Hamtramck, Michigan where he attended Hamtramck Public Schools. He graduated from Hamtramck High where he was vice president of his senior class, President of student council, a trumpet player in the high school marching band and an avid sports fan lettering in Football, Basketball, Baseball, and Track. He attended Michigan State University where his major was Psychology and his minor was Social Science Secondary Education. He is also a member of Kappa Alpha Psi Fraternity. In the fall of 2001, Reverend Golden began attending the William Tyndale College majoring in Pastoral Studies. He is married to Rosetta Golden and their union has blessed them with four children; Summer, Maynard Jr., Myron and Marcus.

An ordained minister, Reverend Golden served on the board of Macedonia Baptist Church, where he was the Youth Pastor. For 12 years, he directed “Teen Council,” a mentoring program that provided training, bible study, and activities for young people of the church and community. He was also a facilitator and counselor for Communication Information System for the Unemployed (CISU), a government sponsored program at Wayne State University that provided training for the unemployed and parolees.

A student of the Word, he teaches Thursday night bible study, is involved with the Junior Church and serves as one of our Worship Leaders. Rev. Golden sings with both the Paul Robeson Chorale and the Chapel Choir, where he also serves as chaplain.